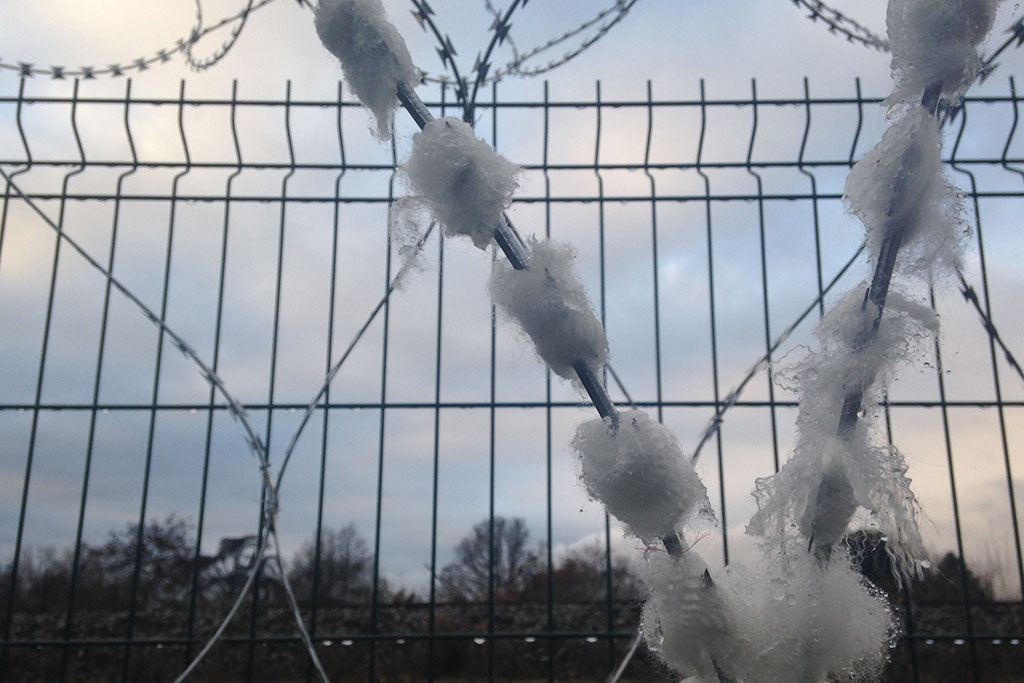 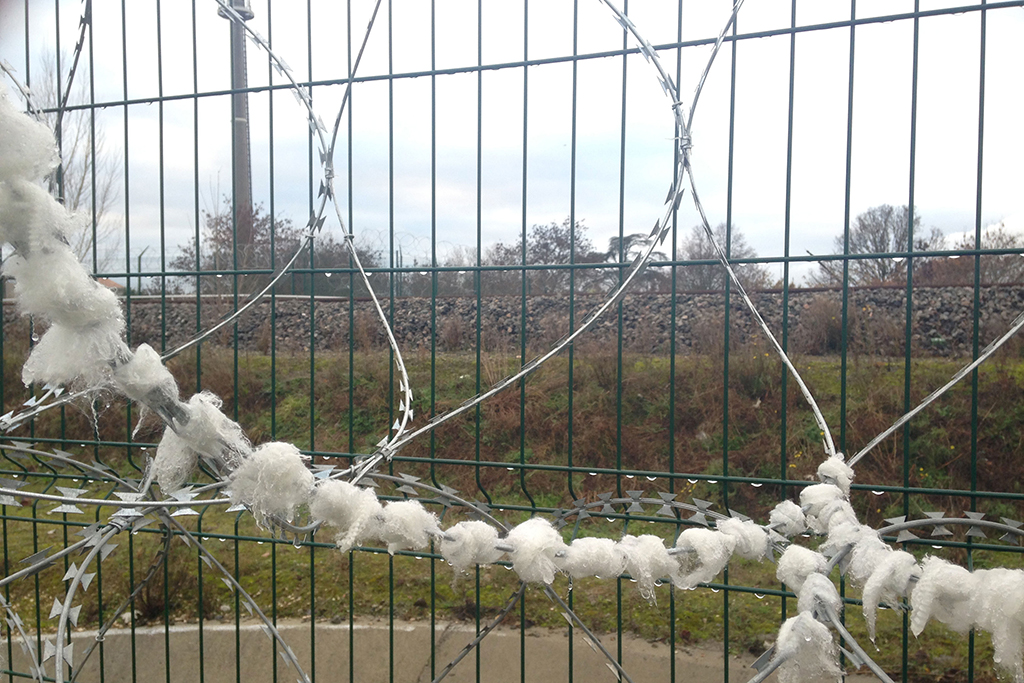 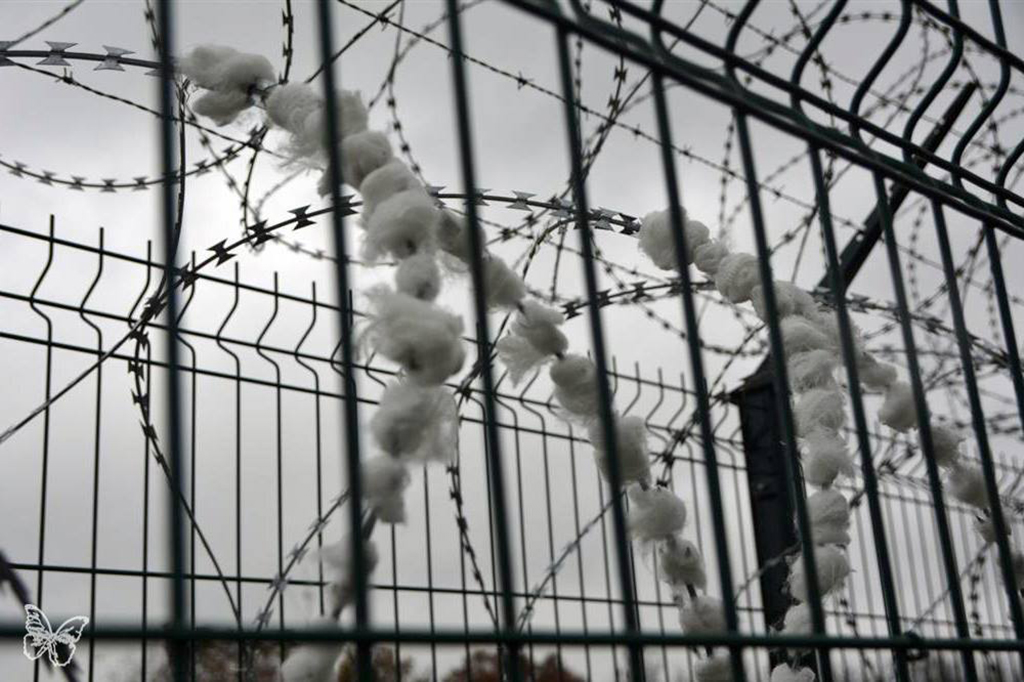 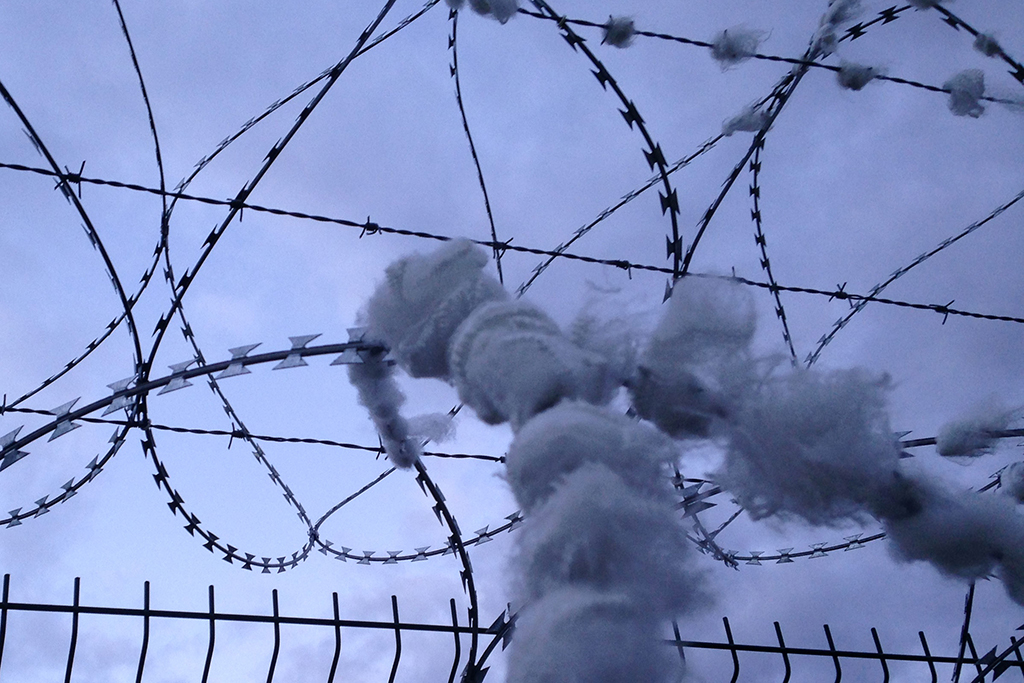 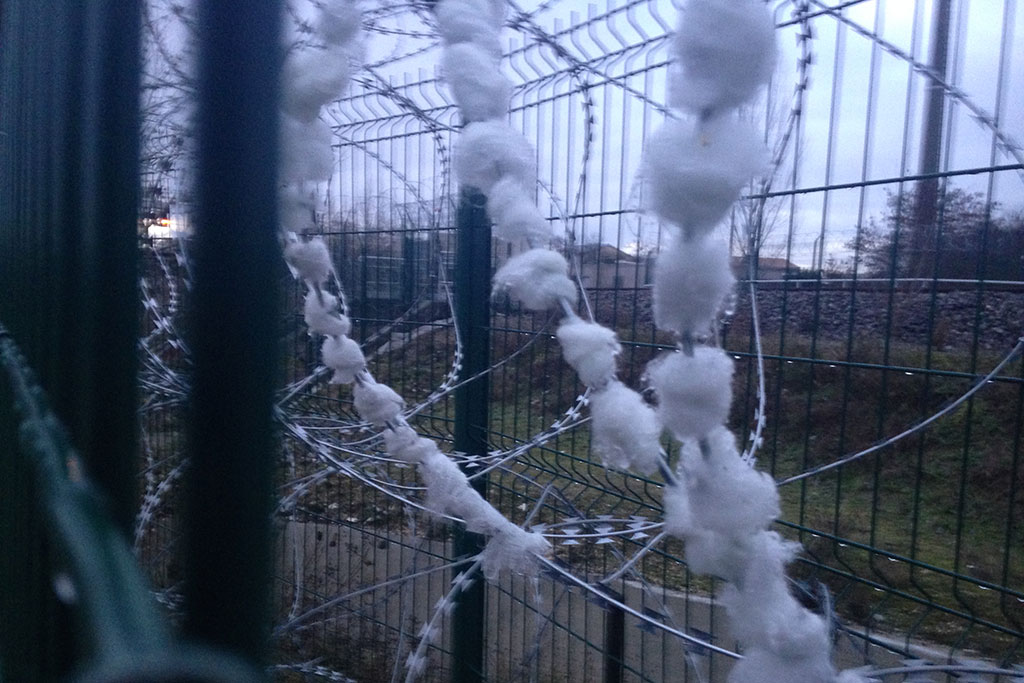 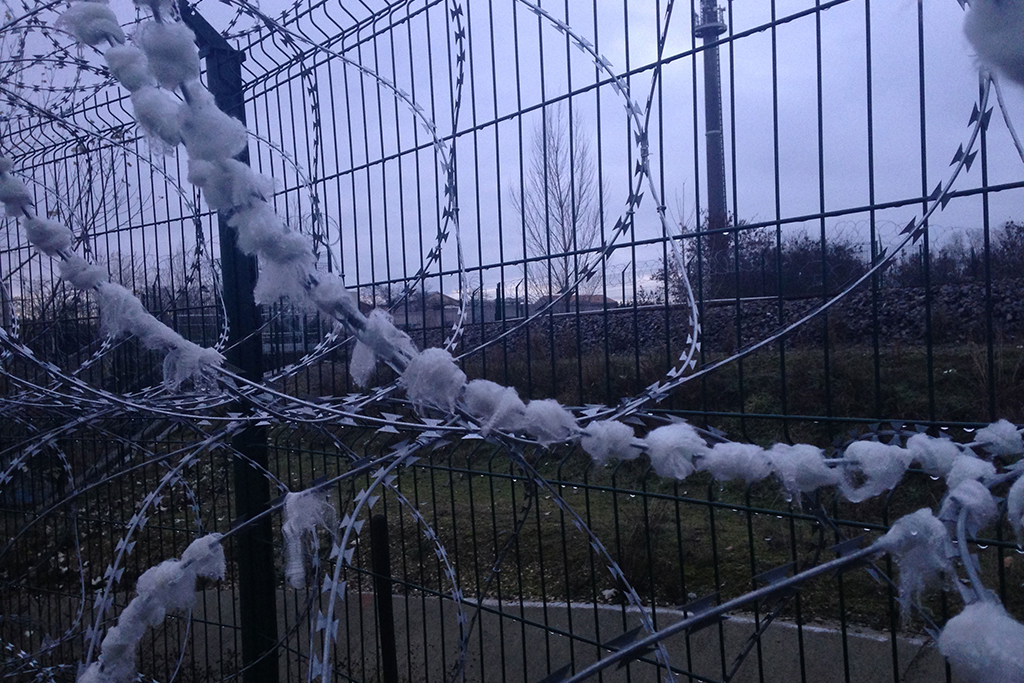 In-situ installation , 2016-2017
Phosphorescent cobwebs on razor wire.
Thanks to Butterfly Art News for her photographic attention.

Crève Hivernale was an event that took place in a wasteland.
A no man’s land surrounded by a dump, a Roma camp and SNCF tunnel overhung by railways tracks. All the way along these tracks a long razor barbwire fence is erected.
I hacked a part of this fence by covering the razor-heads with phosphorescent cobwebs.
The title echoes the fireflies evoked by Pasolini in 1975.
He relates them to counter powers that violate the ruling law and fascism, and to the quiet resistance of those who wish to escape the light of the watchtowers.
Illuminating so little that they become invisible under the city’s blinding lights, these frail glimmers sprinkle the razor-wire with some precarious hope in the darkness of current affairs.