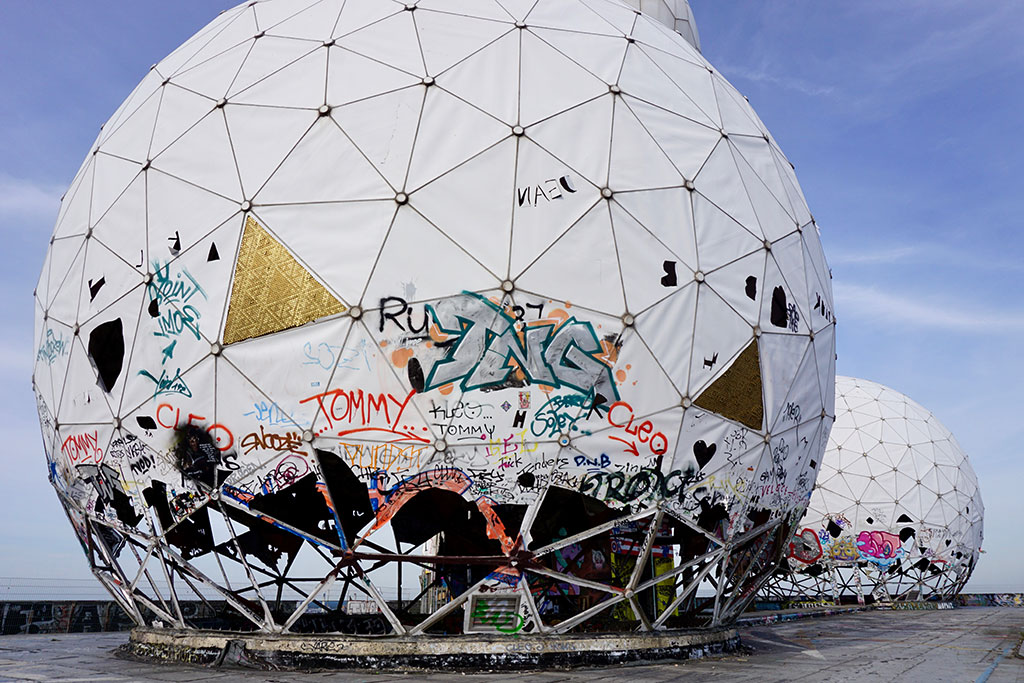 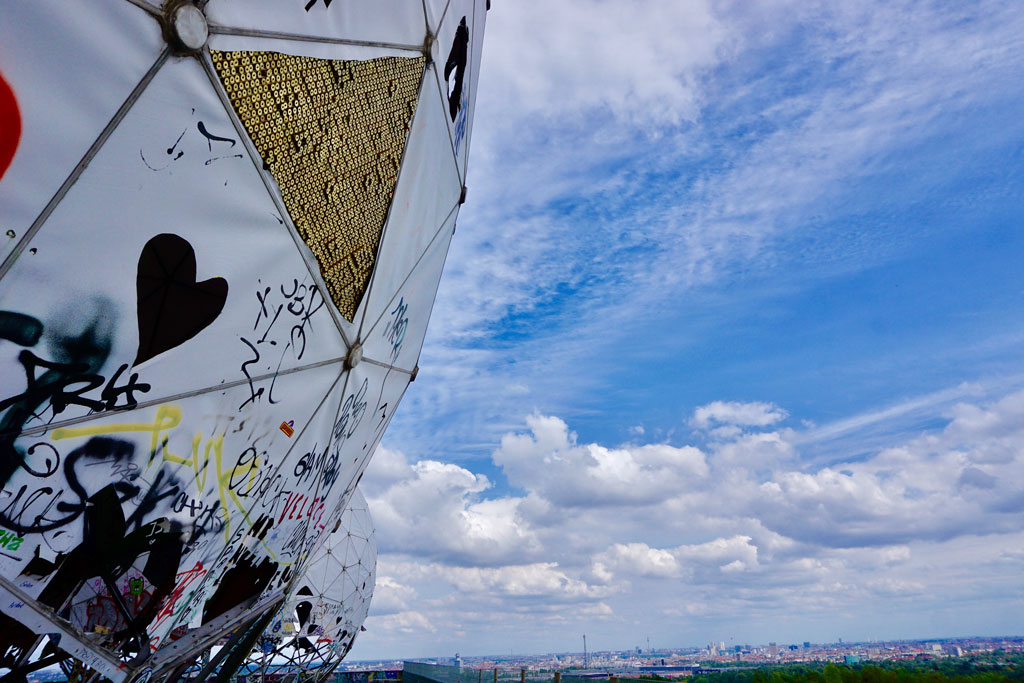 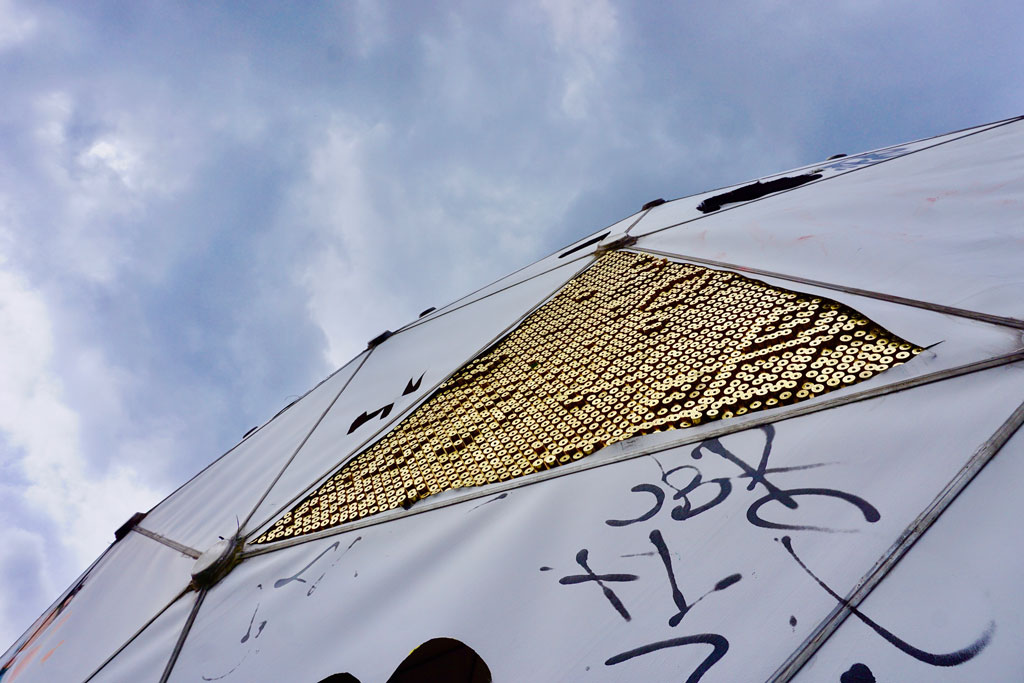 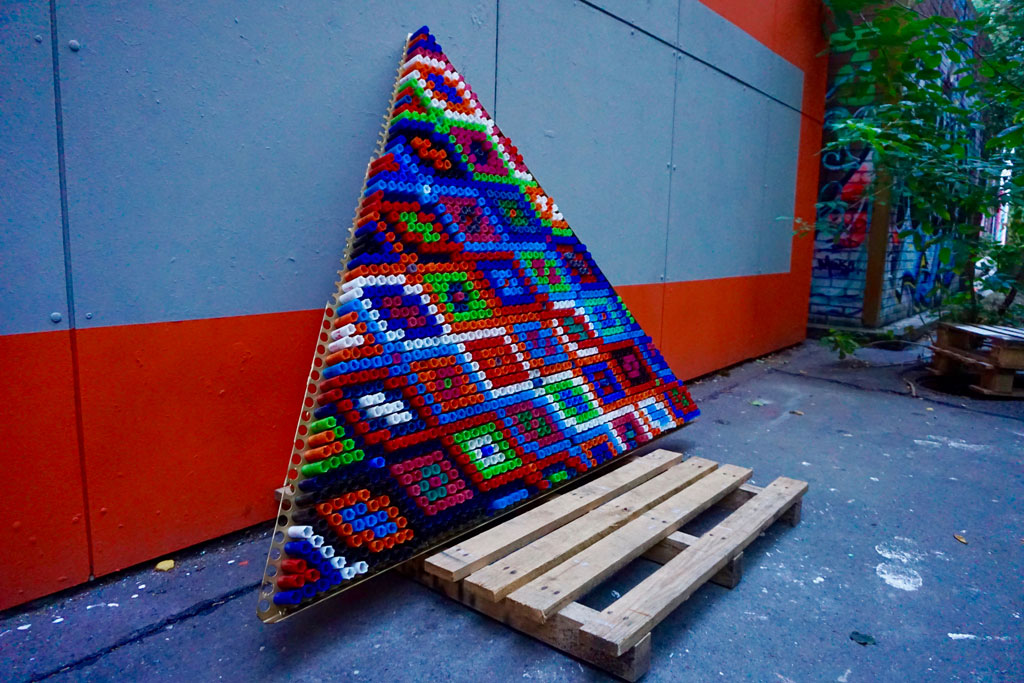 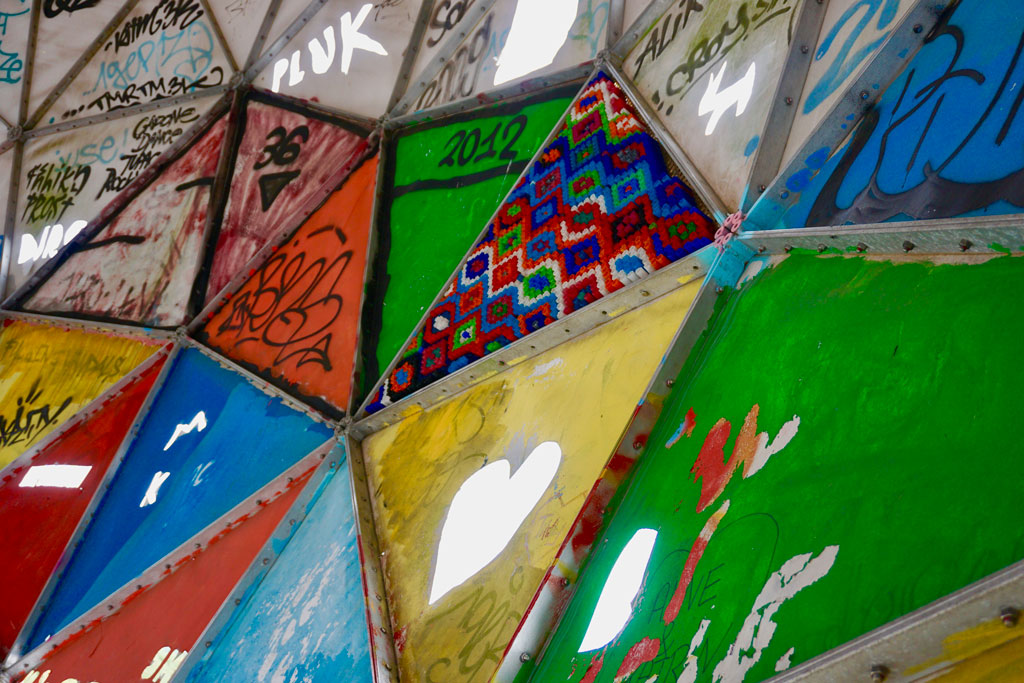 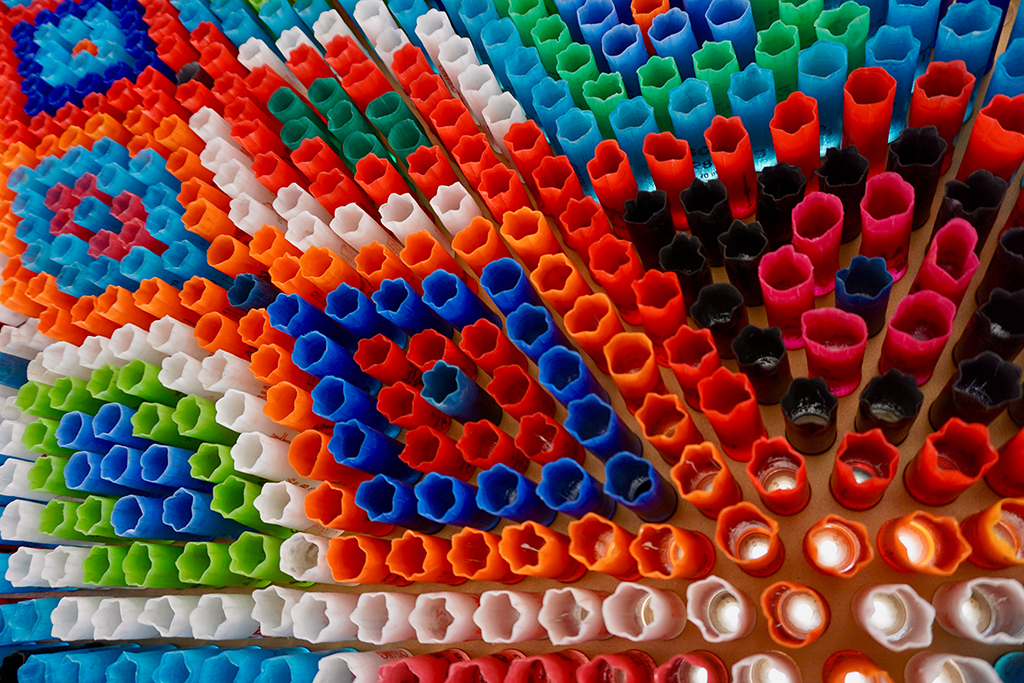 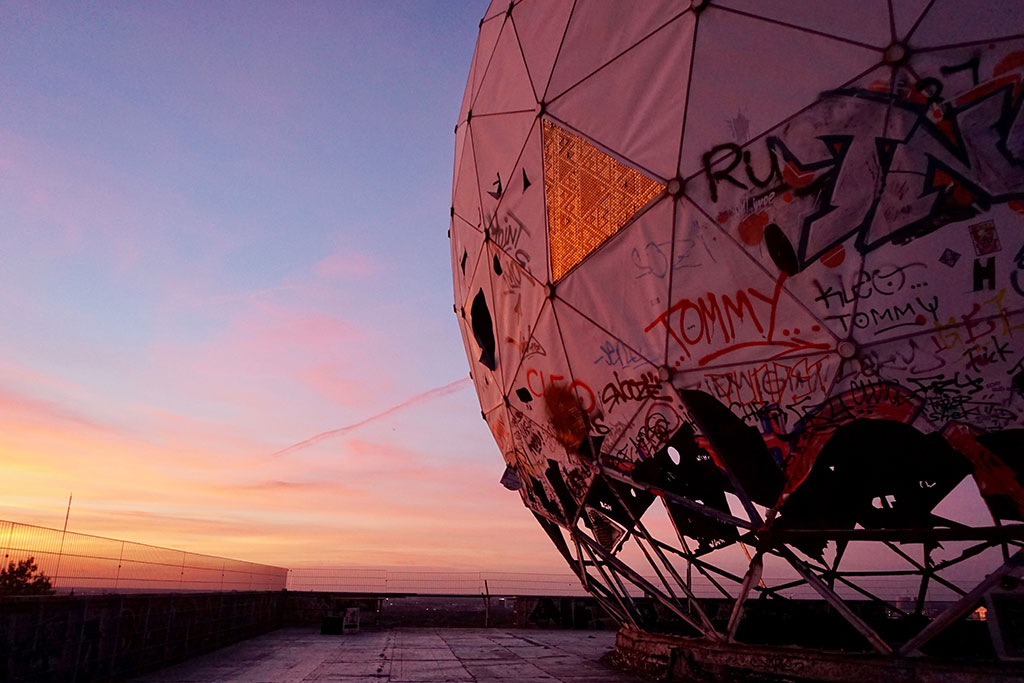 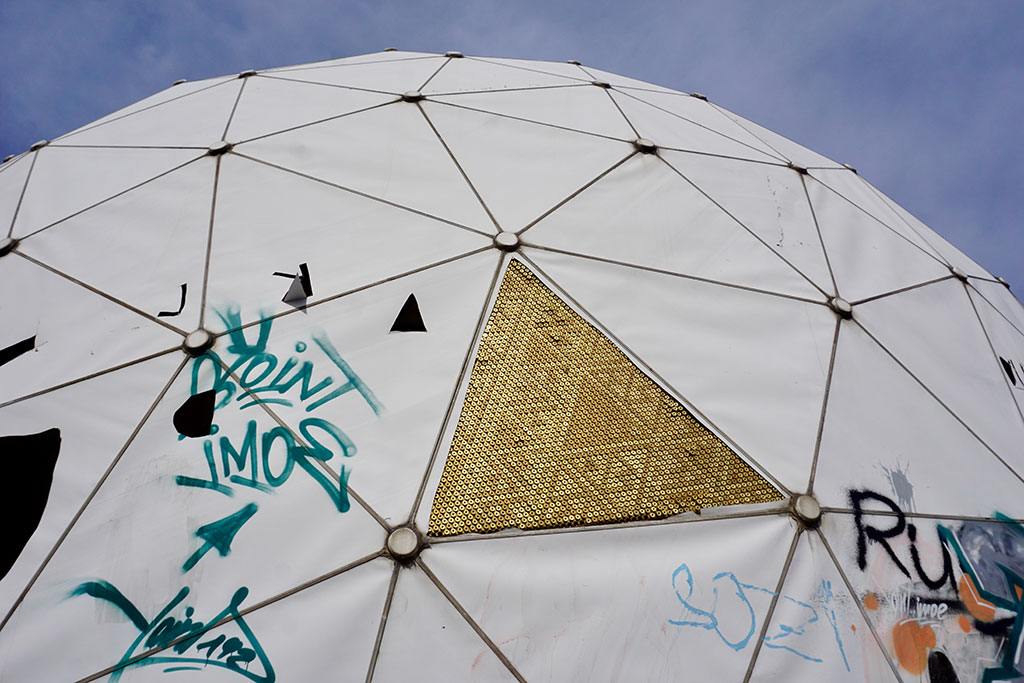 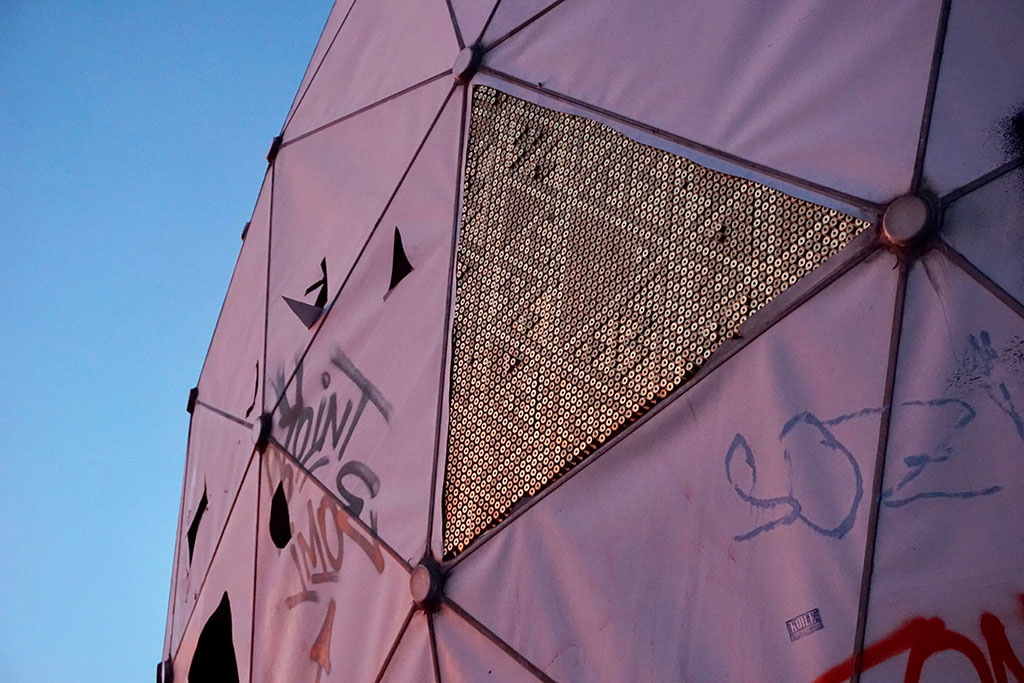 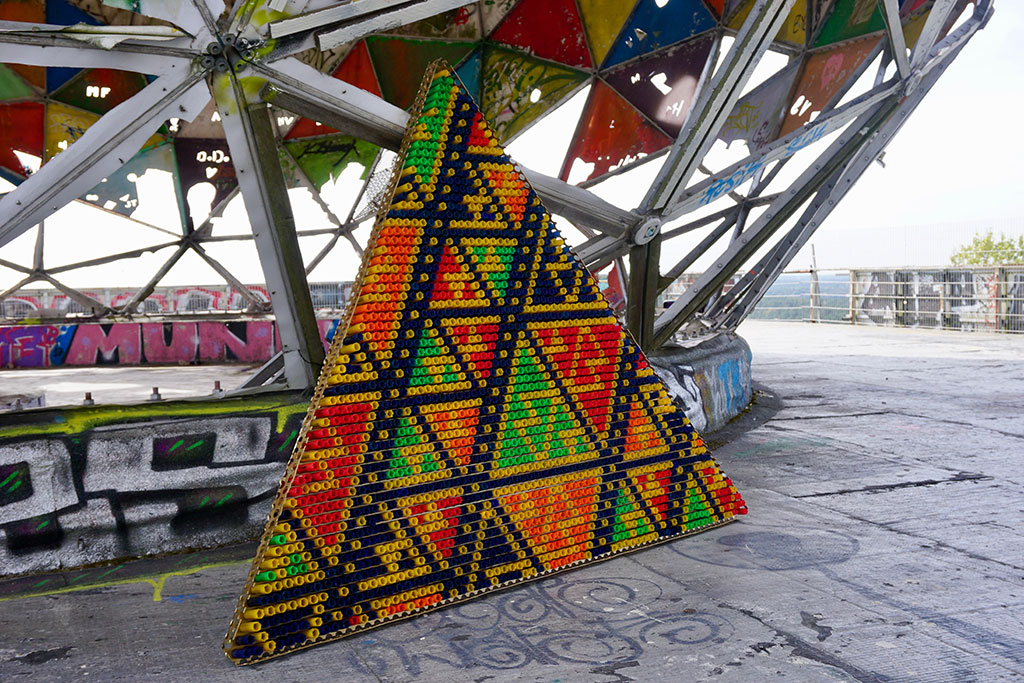 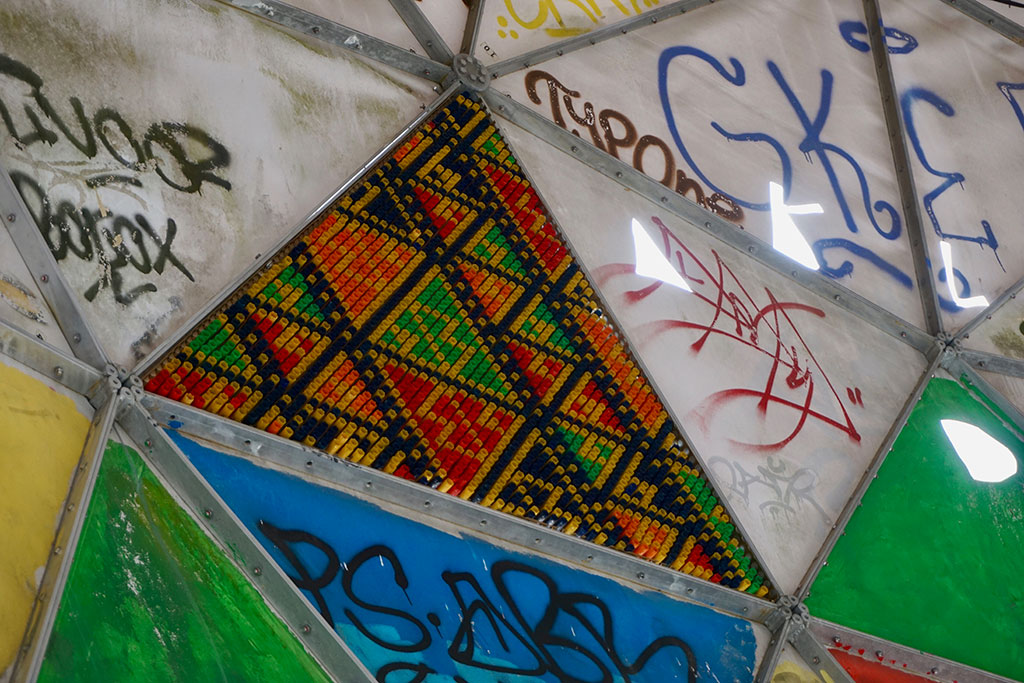 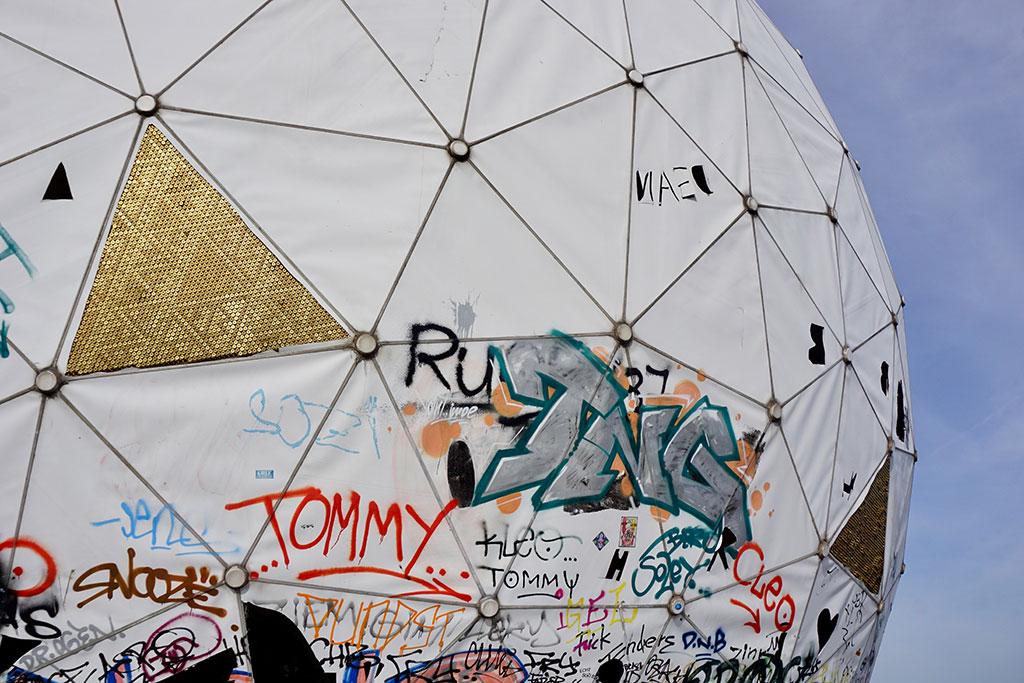 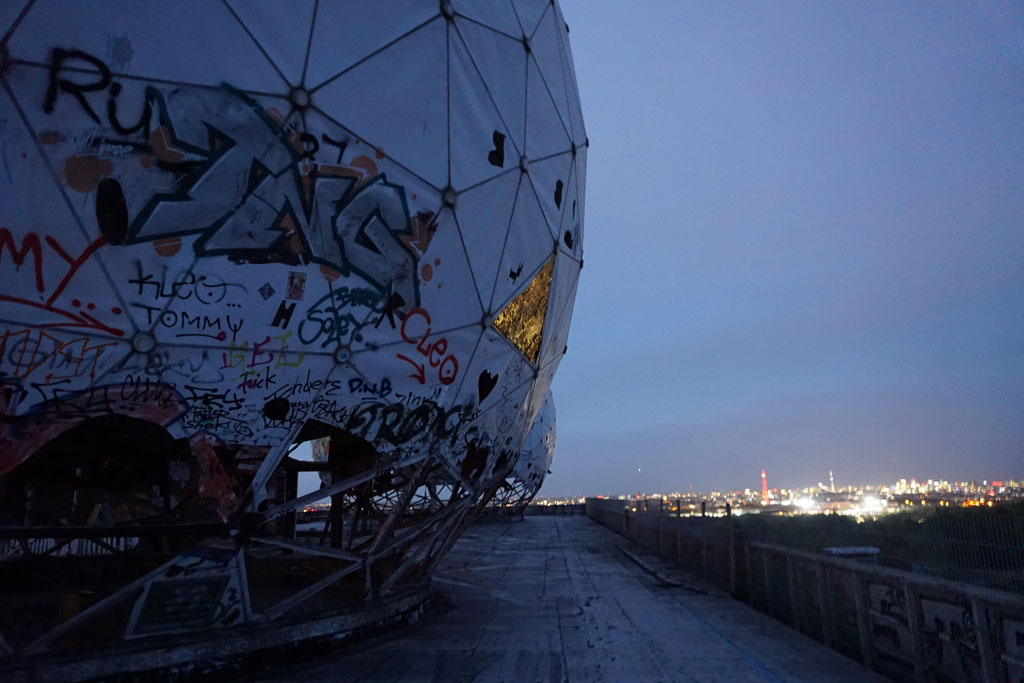 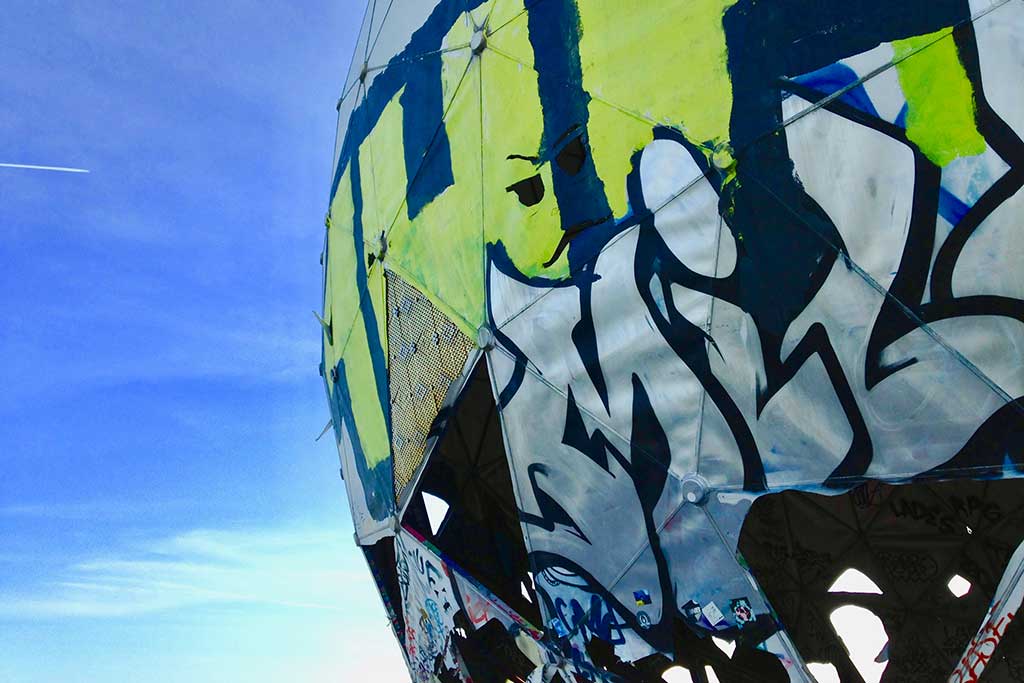 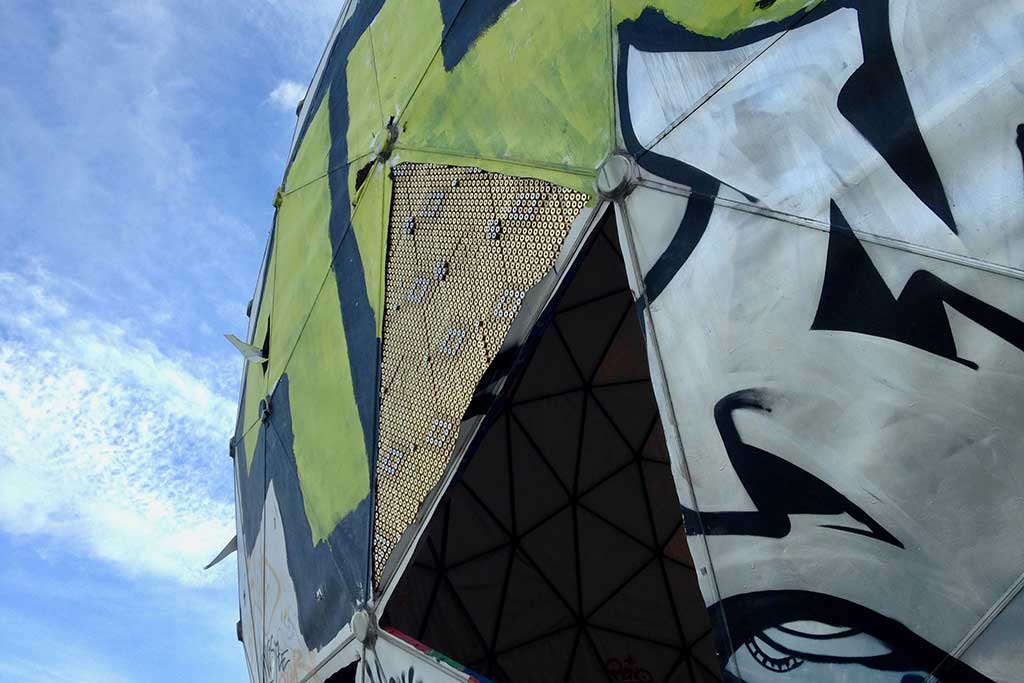 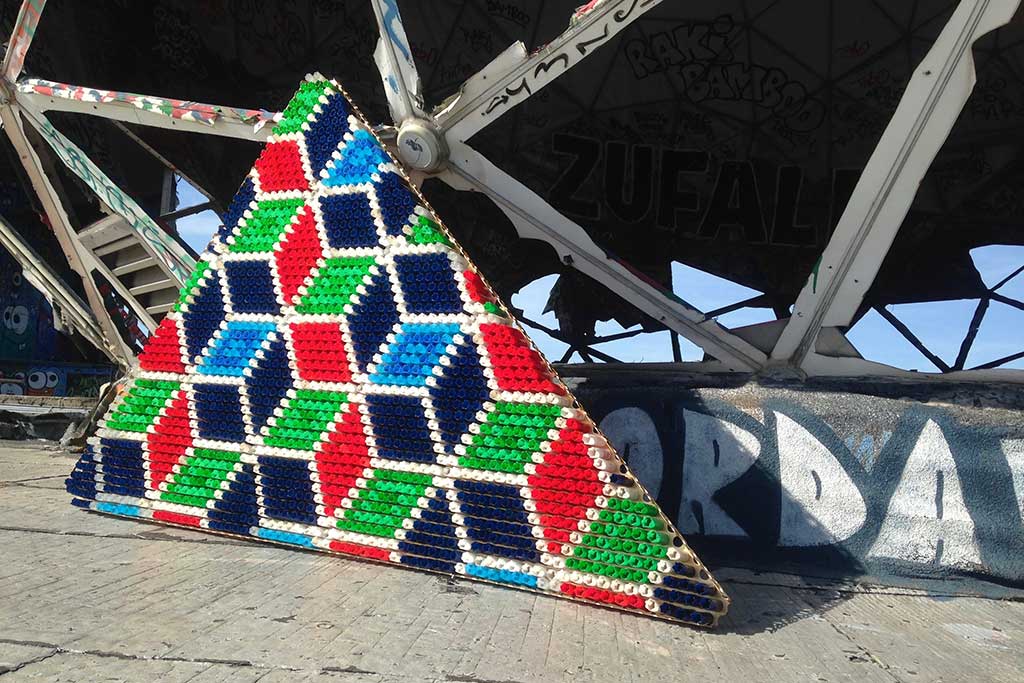 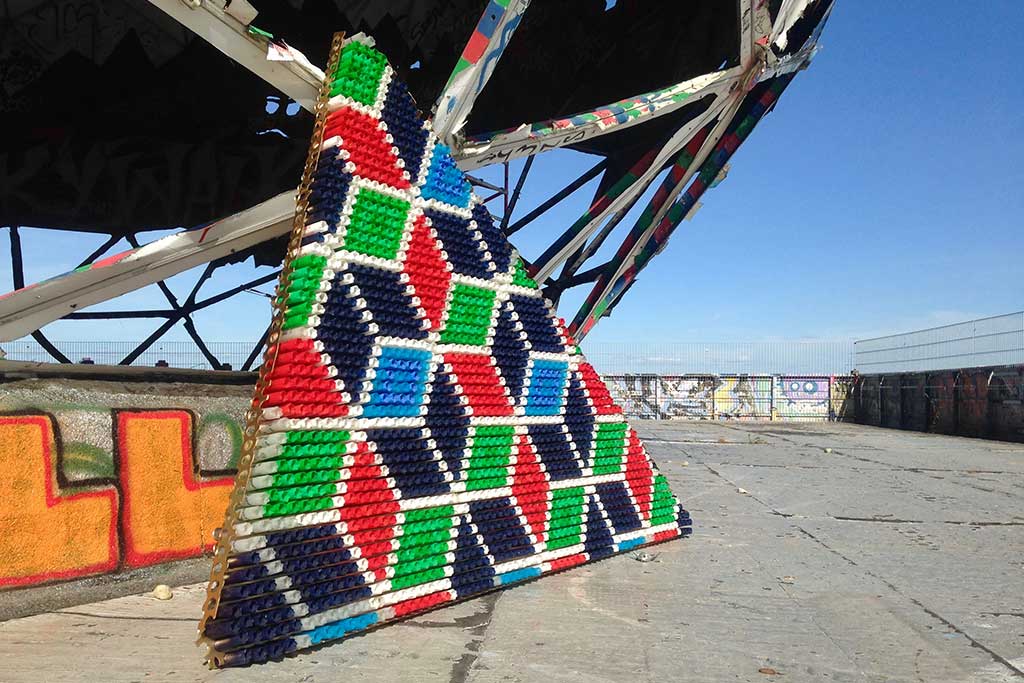 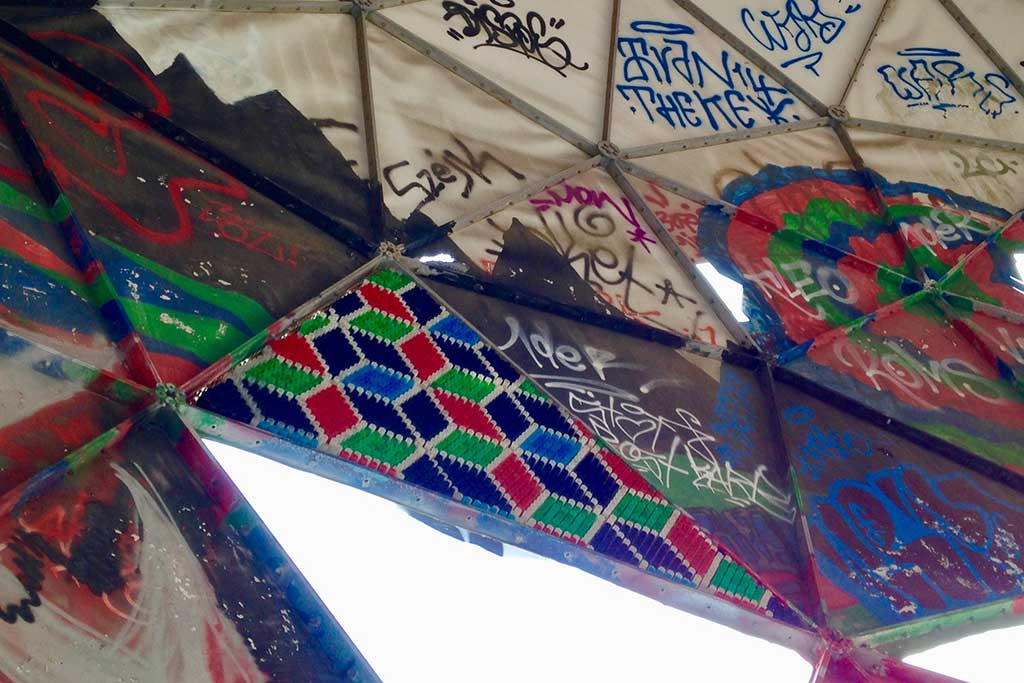 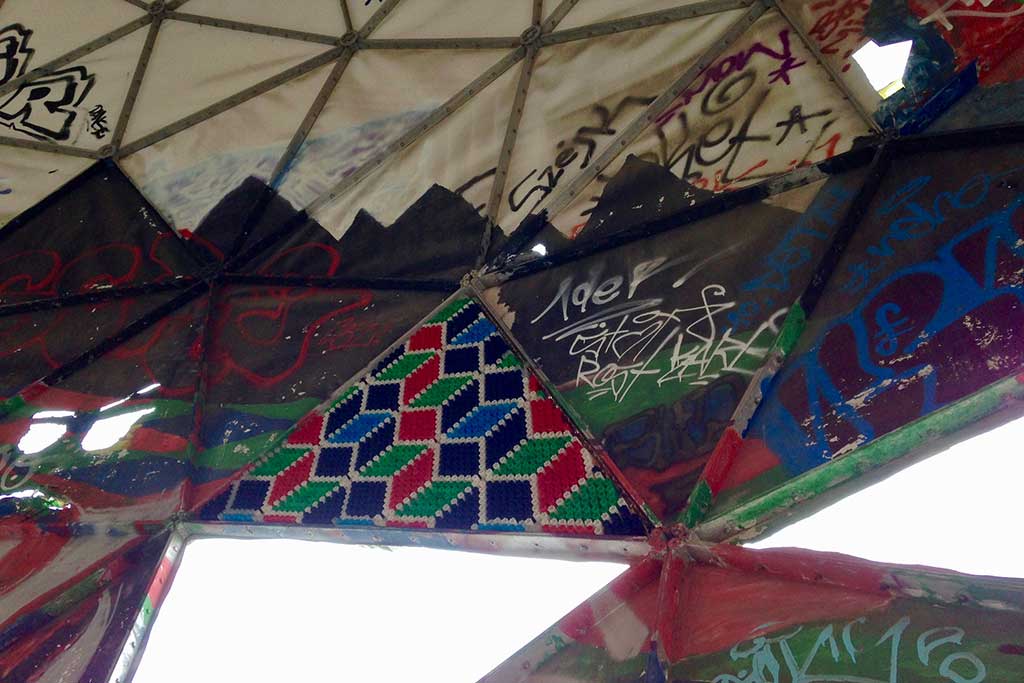 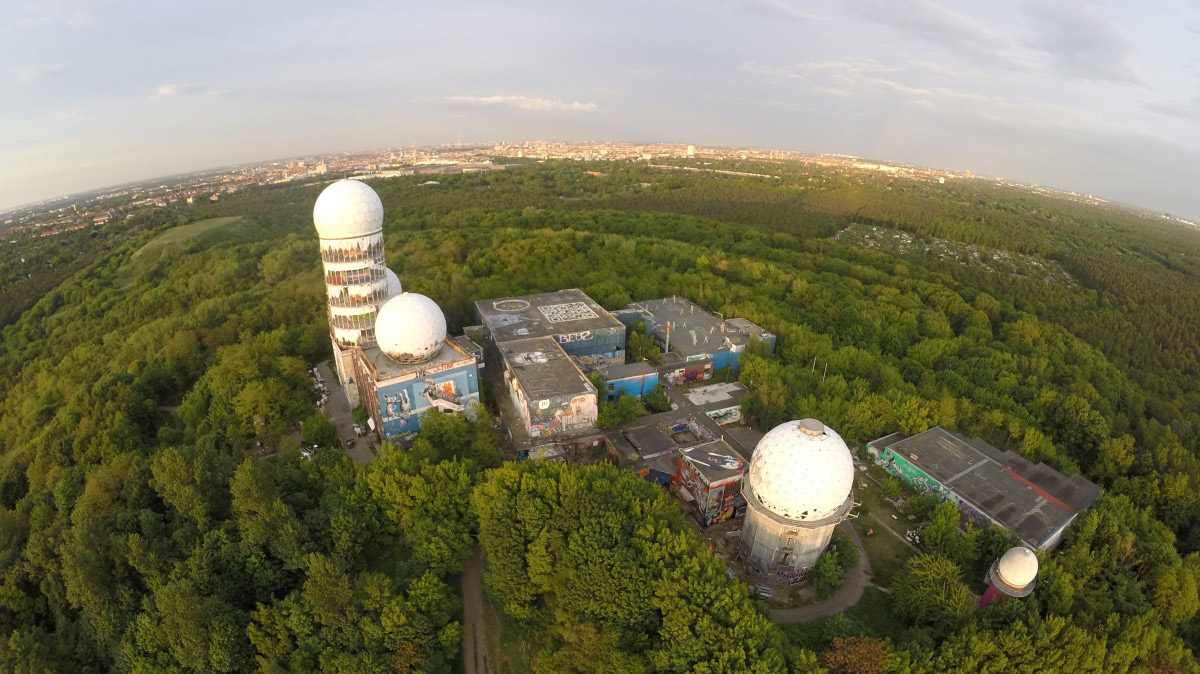 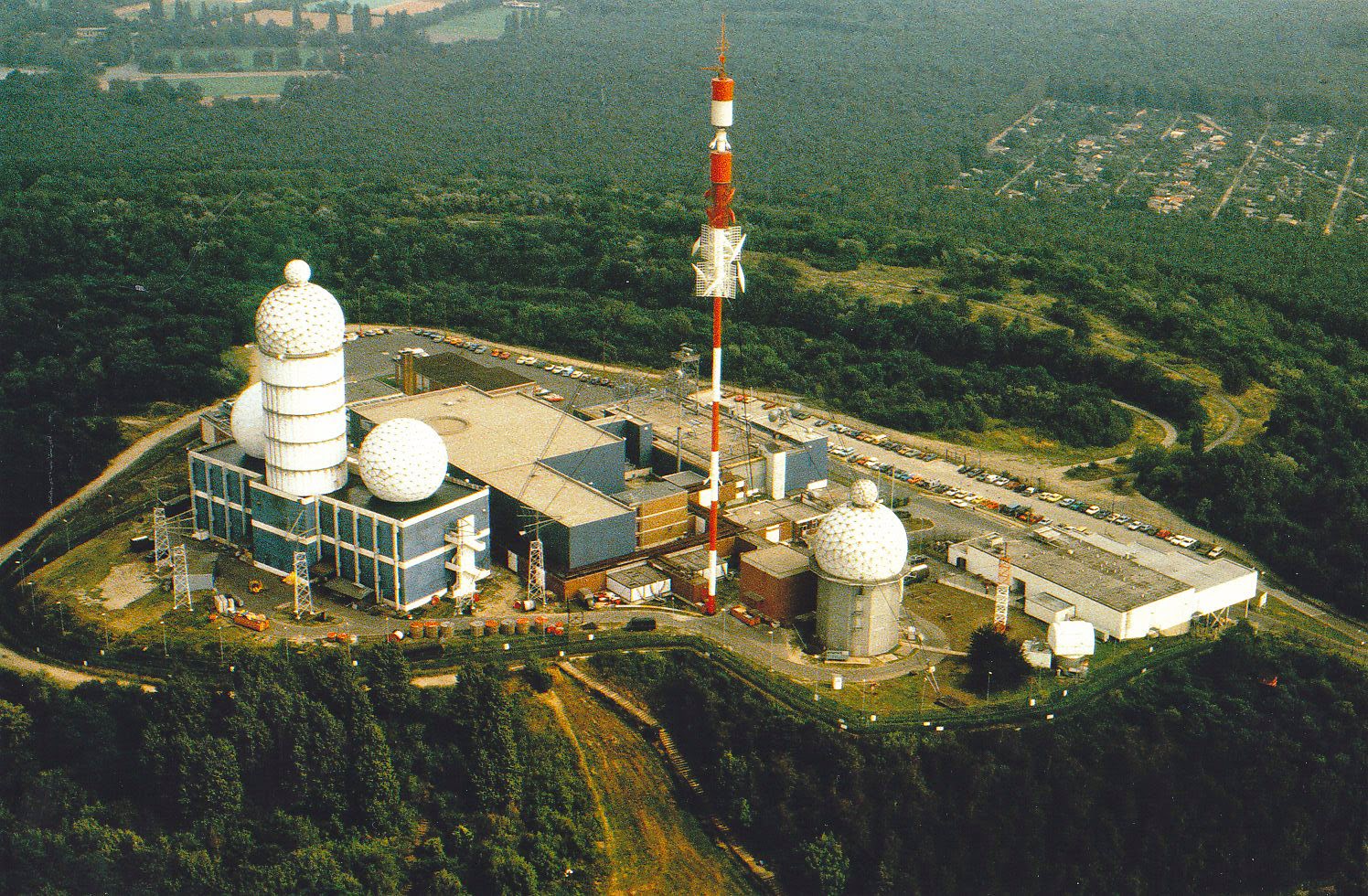 Teufelsberg is an artificial hill, West of Berlin, that’s been assembled bit by bit from the 12 cubic meters of rubble cleared out by the Trümmerfrauen (literally: women of the rubble) after the WW2 bombings. This rubbish made it possible to bury the Nazi military university, which could not be destroyed with explosives.
In 1957, the NSA (American National Security Agency) built a spy station on top of that hill, nicknamed : the big ear, where for 20 years Americans and British captured electromagnetic waves from the USSR and GDR.
From this vestige of the Cold War, there remain 4 radomes, looking like some sort of geodesic balls covered with a thick white tarps used to hide the orientation of the antennas.
Over the time, the white tarps that used to cover them and hide the orientation of the antennas have been teared, ripped open, bursted.
The project aims at repairing 5 stripped off triangles, thanks to hunting cartridges embedded into metal plates
From the outside of the radomes, the appearance of those triangles inspires itself from the electromagnetic shielding plates that constituted a sort of Faraday cage blocking the electromagnetic fields. From within, each triangle draws a pattern inspired by traditional textile, as a tribute to the worldwide Trümmerfrauen that clean and rebuild cities after conflicts.
The brilliance of the triangles on the outside and the colorimetric intensity of the patterns on the inside, evolve as the sun travels.
For the moment, 3 triangles are made … Work in progress.